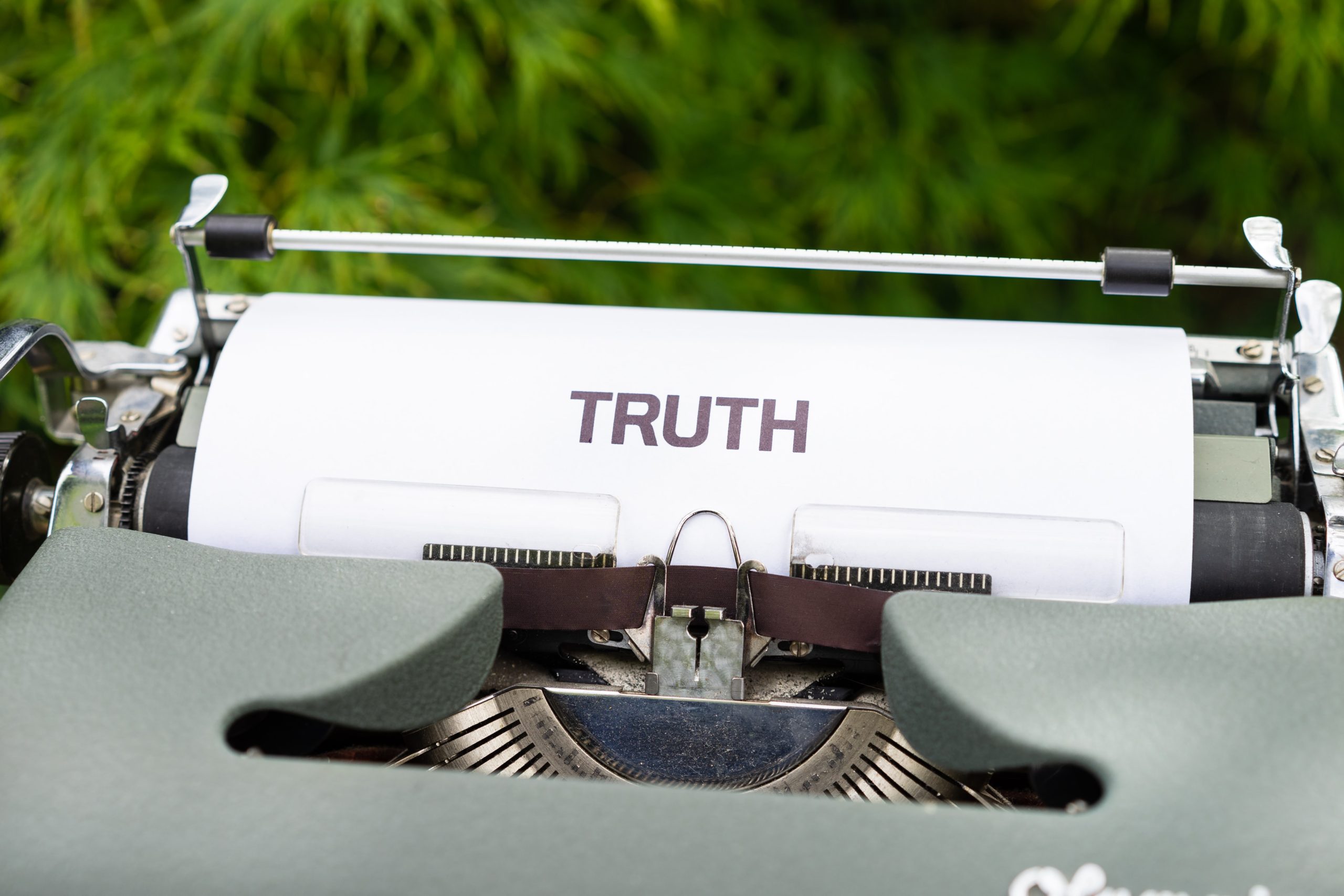 What was I thinking??? For some time I’ve been concerned about the war on truth in our society and the effect it has on the Church. As people of the Book, our aim should always be to be clear, rational thinkers who put truth (especially the truth of the Gospel) above all else. So, I thought it might be good to say a few words in the hope of encouraging us to that end. But as I considered just how much the Bible has to say about truth, the Word itself being truth, I’m overwhelmed with how or what to say in a few brief paragraphs something that should take several volumes. Where I really need to begin is stirring my own affections to an ever-increasing love of truth.

We live in a world that constantly feeds us untruths, lies, whether it be in the form of misinformation, disinformation, spin, deception, or blatant lies. The messages from culture, the Media, politicians, etc are often completely inverted- that which is good is said to be evil, and evil is described as good. We would do well to consider the words of the prophet Isaiah when he warned, “Woe to those who call evil good and good evil” (Isaiah 5:20). Agendas, whether personal or political, easily become more important that what is right and good and true. In our own lives, we can readily twist the truth in attempting to justify our own personal agendas, desires, or sin.

It’s probably a good point to ask what do we mean by truth? What is it really? It can simply be defined as reality, that which is factual, or what is actual. This definition, however, is far too inadequate. Since God Almighty created all things, truth is an expression of Himself. As we saw in John 18 passage at the beginning, Jesus stated His purpose in being born as a man was to bear witness to the truth, which was the truth of Himself. When Jesus said in John 14:6, “I am the way, and the truth, and the life” (emphasis mine), He claimed to be the very embodiment of truth. That is astonishing!

Theologian RC Sproul has argued (following the likes of Thomas Aquinas and Augustine) that all that is true is ultimately from God and points to Him. So, in addition to the Word, this would include all that we’ve discovered and learned of the natural realm. The words of Psalm 19 reverberate loudly. “The heavens declare the glory of God, and the sky above proclaims his handiwork.2 Day to day pours out speech, and night to night reveals knowledge” (Psalm 19:1-2).

If we really believe that truth itself comes from the Lord, that it is an attribute of His being that we are also called to display, and that through Jesus we have grace to be conformed to Him, we must be those who have the greatest affection for truth in all things. We are to see truth as good and right and lovely, to be those that discern the deceptions of our culture and uphold the truth of the Gospel. Believers in Christ purpose to put the truth before our personal agendas, desires.

Notice that we are to love God with our minds. One aspect of that is prayerfully and purposefully filling and training our minds with truth (primarily the Word but supplemented by other good resources) that we might think and reason for His glory.

May we never echo Pilate’s contemptuous question “what is truth?”, but, in contrast, may the Truth of Jesus reign supreme!

Categories: Pastoral Ponderings
Where Does Your Help Come From? . . . by Zach Fugate
Banner of Jesus… by Matt Leko